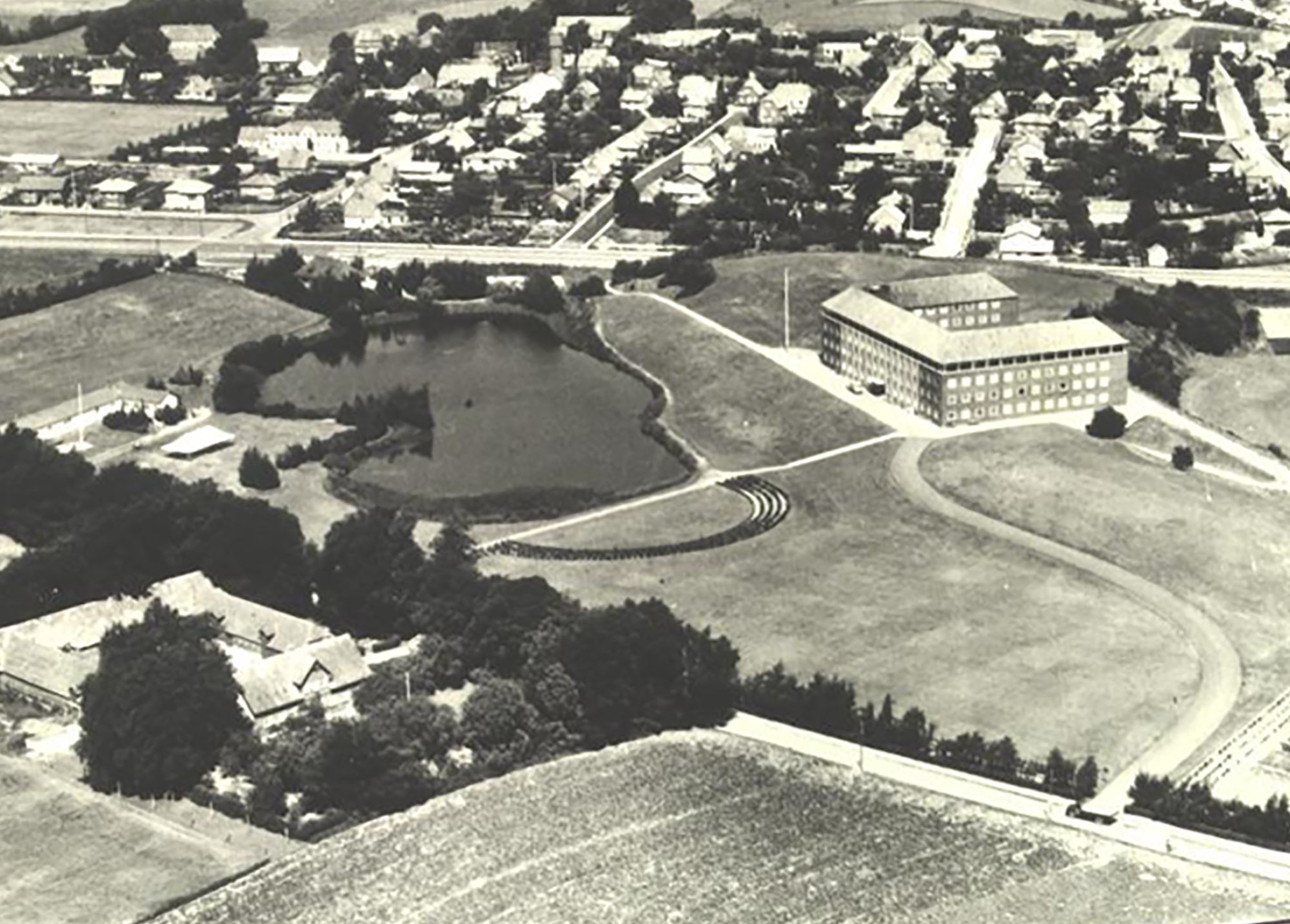 It all began in 1929. Every summer, a large group of young Christians gathered at a farm in Seest near Kolding.

Five years later, there were up to 1000 participants, and in 1939 27 students began in the farmhouse, the first 6-week Bible school. The course consisted of Bible interpretation, English as well as praise and worship.

The growing number of people at the summer rallies and the continuous training activity in 1941 resulted in a group of leaders headed by Sigfred Beck to be inspired to build a Bible school with the purpose of impacting the whole of Europe. The vision was presented with the motto: "Build the temple of faith by the example of faith". In the same year, the entire current land with lake and park of 33,000 m2 of the Bible school was donated to the project by the farm owner couple Hans and Beate Beck. After that, a major fundraising began for the construction. Between 1941 and 1953, DKK 900,000 was collected. In 1949, the school was recognized as a folk high school, and in 1951 the first foreign students came from Switzerland, Norway and Germany, among other nations.

In the summer of 1957, the new building was officially inaugurated with 100 students from Denmark and abroad.

Today, the school consists of almost 5000 m2 spread over 5 floors, and if the school's three longs are unfolded, it reportedly has the same dimensions as Noah's Ark. More than 5000 students studied at the School.